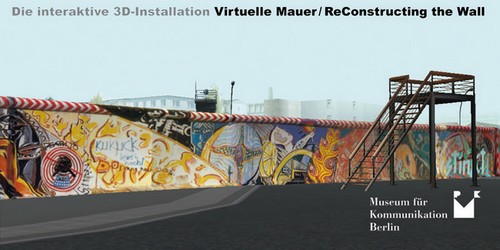 Virtuelle Mauer / ReConstructing the Wall
is a virtual reality  installation,
an interactive 3D computer graphics environment that allows users
to experience a section of the Berlin Wall and its surrounding neighborhoods
in some of their former complexity.
Using interactive VR dramaturgical techniques such as simulation, interaction and time travel,
it develops a 3D interactive installation consisting of a network of scenes whose sequence users will determine via their own actions .

The virtual reality installation  is shown as a  3m x 5m (~9’ x 15’) interactive 3D computer projection,
a life-sized image that immerses users visually in the virtual space and engages their kinesthetic senses.
Users move through and explore the interactive 3D world of the VR artwork with a simple-to-use joystick.
Stereo speakers convey background ambient sounds such as traffic noise and birdsong,
but at certain locations in the virtual world one can also hear recordings of archival documents dealing with escape attempts
and other historical events that occurred in the project area. 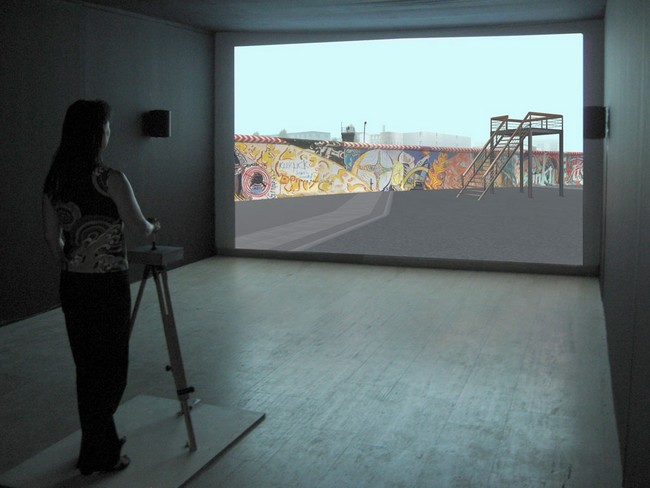 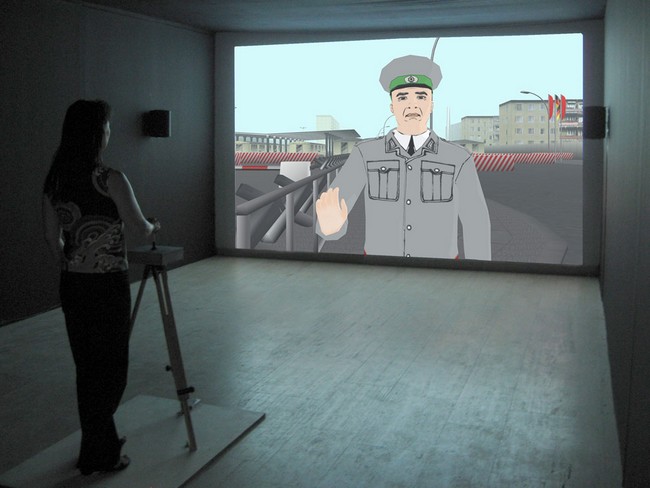